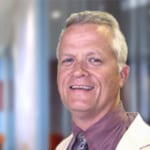 Bill Skinner has been President of WB Skinner since 1998.

Bill’s experience began as a 2nd Lieutenant in the Army Reserve where he served a 4-year tour of duty with the Army in the Transportation Corp. As an executive officer of a stevedoring company, and platoon leader of a hovercraft lighterage company, Bill supervised in LOTS (Logistics Over the Shore) operations in Honduras, Honolulu, Virginia, and Turkey.

When Bill ended his tour of duty, he started working as a proud “S-O-B” or “Son-Of-a-Broker” for William B Skinner Inc. In 1991 he helped the company become licensed by the FMC as a freight forwarder and earned his customs broker license. Additionally, Bill served on the NCBFAA Customs Committee, representing Area 2. 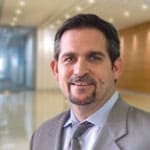 Mike Skinner has served 25 years at WB Skinner, and is responsible for Import Operations and Sales, as well as Warehouse Services oversight.

Mike attended Niagara University and played professional baseball for six years as a member of the Baltimore Orioles organization. He and his wife Lisa are the proud parents of two teen daughters.  An avid participant in his local community, Mike serves on the Board of the Teaneck Athletic Hall of Fame and the Apreda Family Trust which raises funds for local families in need. 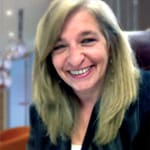 She closely monitors and follows government agency releases, particularly FDA, CBP, Agriculture Department, EPA, and DOT and has an in-depth and up-to-date personal knowledge of each, with a particular expertise in FDA matters.  Additionally, she has a specialty in tough automobile parts entries, depth classification and binding rulings.

She is available by appointment for in-depth consultations on products and OGA requirements.

Julie is a single mother of four children and a lover of the outdoors. Nights and weekends she can often be found at concerts, on the beach or in the mountains. 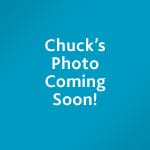 Chuck heads up the company’s freight forwarding functions, including strategic planning for B2B and B2C end-to-end delivery, CHB, and all aspects of freight management. He is also responsible for the company’s full-service sales and operations office in Atlanta.

He rejoined the family-owned business in 2016 after a long career in management with freight forwarding and customs brokerages including Tigers (USA) Global Logistics, Panalpina Inc., and Phoenix International Freight Services. He began his career as a Senior Entry Clerk at WB Skinner.